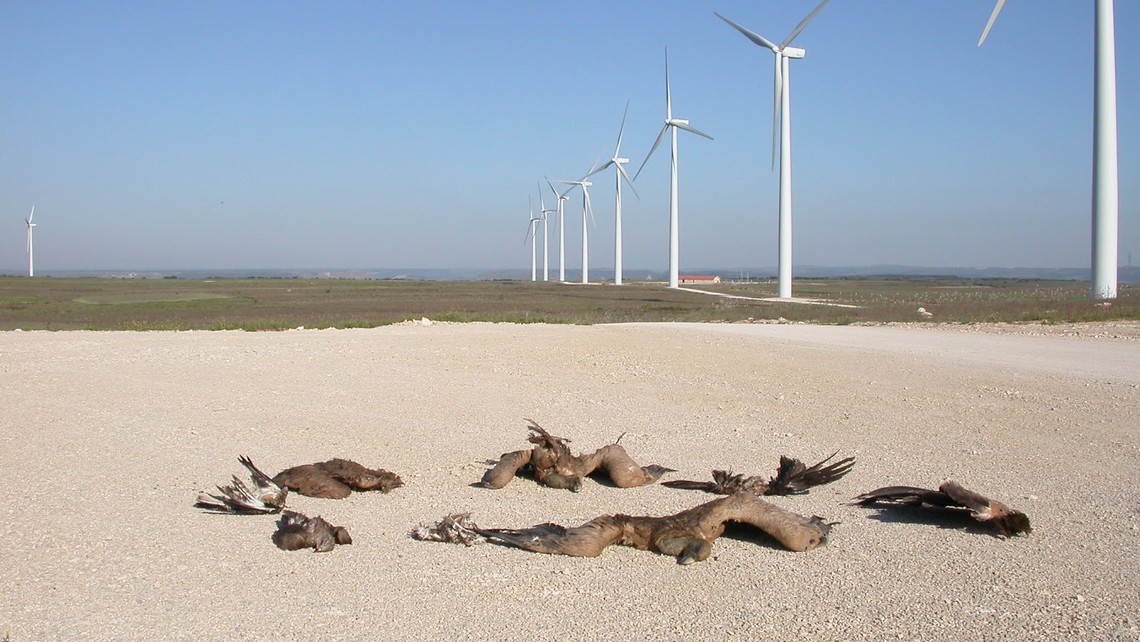 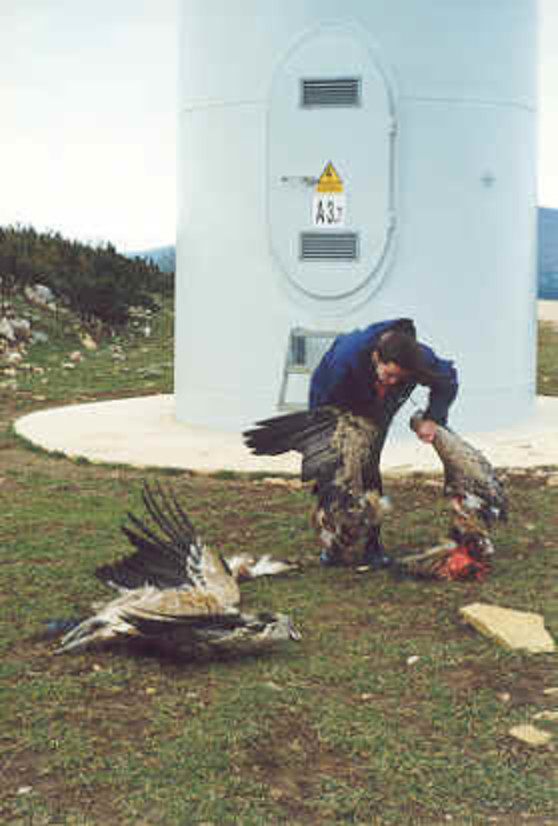 The Obama administration is issuing 30-year permits for “taking” (killing) bald and golden eagles. The great birds will be legally slaughtered “unintentionally” by lethal wind turbines installed in their breeding territories, and in “dispersion areas” where their young congregate (e.g. Altamont Pass).  By chance (if you believe in coincidences), a timely government study claims wind farms will kill “only” 1.4 million birds yearly by 2030. This new report is just one of many, financed with taxpayers’ money, aimed at convincing the public that additional mortality caused by wind plants is sustainable. – It is not.

Dr. Shawn Smallwood’s 2004 study, spanning four years, estimated that California’s Altamont Pass wind “farm” killed an average of 116 Golden Eagles annually. This adds up to 2,900 dead “goldies” since it was built 25 years ago. Altamont is the biggest sinkhole for the species, but not the only one, and industry-financed research claiming that California’s GE population is stable is but a white-wash. 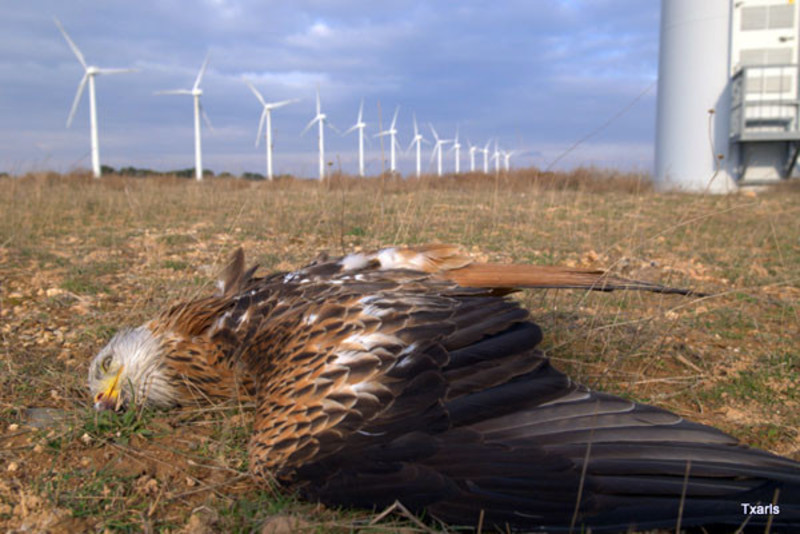 Eagles are not the only victims. Smallwood also estimated that Altamont killed an average of 300 red-tailed hawks, 333 American kestrels and 380 burrowing owls annually – plus even more non-raptors, including 2,526 rock doves and 2,557 western meadowlarks. In 2012, breaking the European omerta on wind farm mortality, the Spanish Ornithological Society (SEO/Birdlife) reviewed actual carcass counts from 136 monitoring studies.

They concluded that Spain’s 18,000 wind turbines are killing 6-18 million birds and bats yearly. Extrapolating that and similar (little publicized) German and Swedish studies, 39,000 U.S. wind turbines would not be killing “only” 440,000 birds (USFWS, 2009) or “just” 573,000 birds and 888,000 bats (Smallwood, 2013), but 13-39 million birds and bats every year! However, this carnage is being covered up by self-serving and/or politically motivated government agencies, wind industry lobbyists, environmental groups and ornithologists, under a pile of misleading studies paid for with more taxpayer money.

Wildlife expert Jim Wiegand has documented how areas searched under wind turbines are still confined to 200-foot radiuses, even though modern monster turbines catapult 80% of bird and bat carcasses much further. Windfarm owners, operating under voluntary (!) USFWS guidelines, commission studies that search much-too-small areas, look only once every 30-90 days, ensuring that scavengers remove most carcasses, and ignore wounded birds that happen to be found within search perimeters.

These research protocols are designed to guarantee extremely low mortality statistics, hiding the true death tolls – and the USFWS seems inclined to let the deception continue. In addition, bird mortality data are now considered to be the property of wind farm owners, which means the public no longer has a right to know. Nevertheless, news has leaked that eagles are being hacked to death all across America. This is hardly surprising, as raptors are attracted to wind turbines. They perch on them to rest or scan for prey. They come because turbines are often built in habitats that have abundant food (live or carrion) and good winds for gliding. 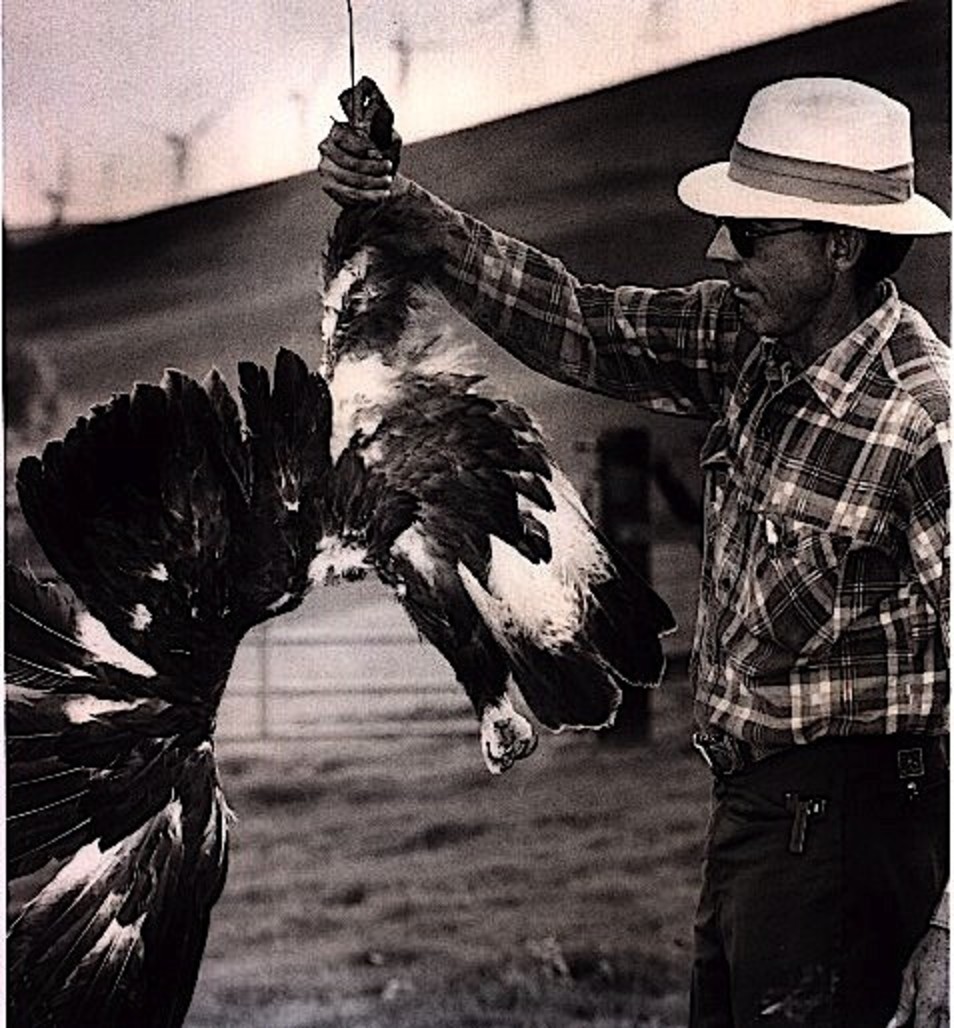 Save the Eagles International (STEI) has posted photographs of raptors perched on nacelles or nonmoving blades , and ospreys building a nest on a decommissioned turbine. Moving blades don’t deter them either: videos show a turkey vulture perched on the hub of a spinning turbine, and a griffon vulture being struck. Birds perceive areas traveled by spinning blades as open space, unaware that blade tips are moving at up to 180 mph. Many are focused on prey. These factors make wind turbines “ecological death traps,” wherever they are located.

By 2030, the United States plans to produce 20% of its electricity from wind. That’s nearly six times as much as today, from three or four times as many turbines, striking more flying creatures due to their bigger size (even the mendacious study predicting 1.4 million bird kills recognizes this). Using the higher but still underestimated level of mortality published by Smallwood in 2013, by 2030 our wind turbines would be killing over 3 million birds and 5 million bats annually.

But this is shy of reality by a factor of ten, because 90% of casualties land outside the search perimeter and are not counted. We are thus really talking about an unsustainable death toll of 30 million birds and 50 million bats a year – and more still if we factor in other hide-the-mortality tricks documented by STEI. This carnage includes protected species that cars and cats rarely kill: eagles, hawks, falcons, owls, condors, whooping cranes, geese, bats and many others. The raptor slaughter will cause rodent populations to soar. Butchery of bats, already being decimated by White Nose Syndrome, will hammer agriculture and forestry. 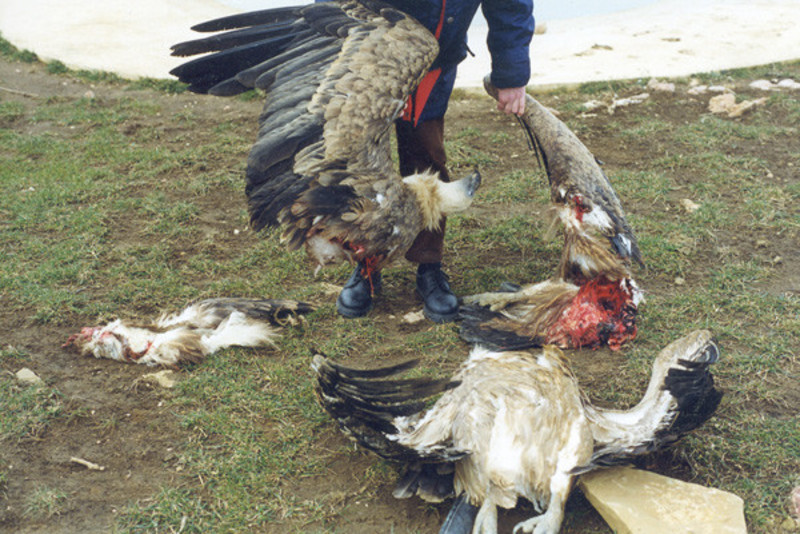 The U.S. Geological Survey says the value of pest-control services to US agriculture provided by bats ranges from $3.7 billion to as much as $53 billion yearly. These chiropters also control forest pests and serve as pollinators. A Swedish study documents their attraction from as far as nine miles away to insects that swarm around wind turbines. Hence the slaughter.  Wind lobbyists claim they need “regulatory certainty.” However, eagle “take” permits will also ensure extinction certainty – and ecological, agricultural, economic, social and health disasters that we cannot afford.


Note 1: our entire webpage was destroyed. We are reconstructing it. Given time, we will put back all the articles with all the links to reference material. If you need some urgently, please advise: save.the.eagles@gmail.com
Note 2: all comentaries were also wiped out. We explain that in the comentary below.

Industry plan to reduce deadly effects of blades may not be enough, some scientists say... END_OF_DOCUMENT_TOKEN_TO_BE_REPLACED

On 12 January 2012, at the First Scientific Congress... END_OF_DOCUMENT_TOKEN_TO_BE_REPLACED