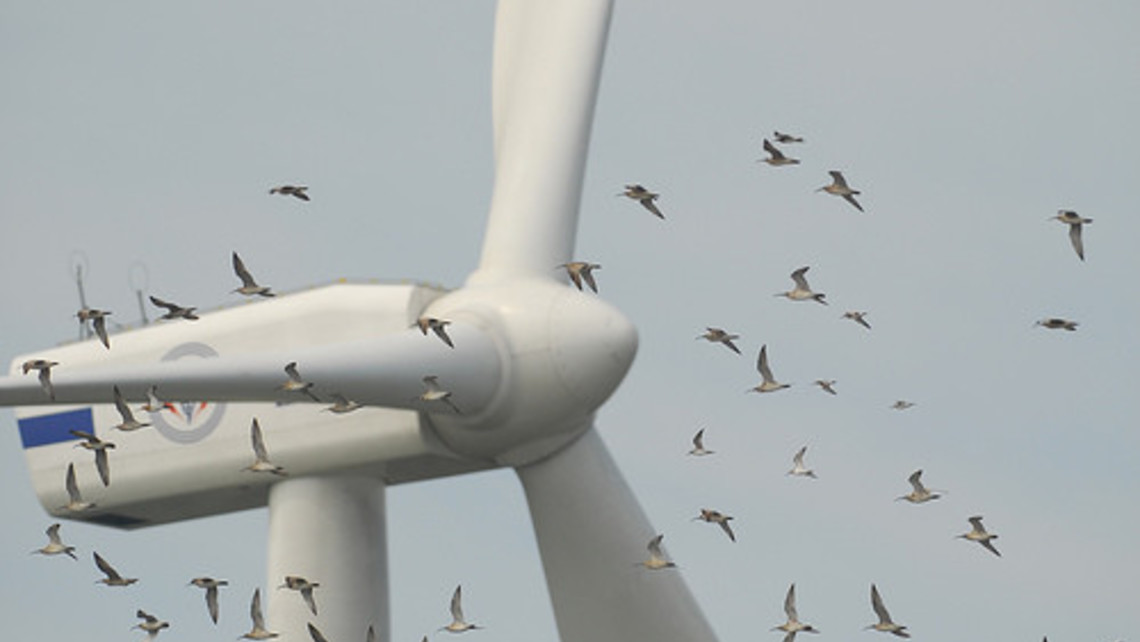 ENDANGERED: The Bicknell’s thrush, a bird under consideration for endangered species status, could be negatively affected by the Stiles Brook Wind Project.

The American Bird Conservancy sent a letter to the towns of Windham and Grafton expressing concerns over Iberdrola’s 24-turbine Stiles Brook Wind Project.

The letter cites the project location, which is on lands privately owned by Meadowsend Timber of New Hampshire, as among the last undeveloped areas in the state with significant habitat for local and migratory bats and birds. The group says the land is critical foraging and breeding ground for migratory songbirds, some of which have low population status.

The letter, written by the conservancy’s Michael Hutchins, director of the Bird-Smart Wind Energy Campaign,  states that hundreds of thousands of birds and bats are killed each year by flying into the turbine blades, and exponentially more are electrocuted by wires and other infrastructure.

Hutchins says so far it’s been up to the industry to monitor how many birds and bats are actually killed.

“It is their job, unfortunately, which we think is a conflict of interest,” Hutchins said. “It actually violates the first principal of scientific integrity, and that is if someone has a vested interest in the outcome of the study, then they shouldn’t be collecting the data.”

Hutchins said studies conducted on bird collisions with aircraft provide insight to wind energy projects. What they find is that birds can see objects coming at them, but they don’t get the same chance to react with turbine blades turning during high winds at up to 175 miles per hour.

It’s even worse for predatory birds like hawks and eagles, he said, because they are constantly looking down for prey and are less aware of the spinning blades. Bats, which navigate using echolocation, may be dying at a higher rate because they are possibly attracted to the turbine structures.

According to the conservancy, the Bicknell’s thrush, a rare species that breeds in balsam fir and red spruce trees at high elevations in the Northeast, is especially endangered by the wind project.

“This species is rare and declining, and losses due to the poorly sited Stiles Brook Wind Energy Project would contribute to that decline,” the letter states. The thrush is being considered for endangered species status in the United States.

Hutchins said developers are supposed to assess the threat to birds and bats before proposing a project, and added that Iberdrola’s doing so at the eleventh hour “preordains the result and is a clear violation of scientific integrity practices.”

Lynn Barrett, a consultant for Grafton Woodlands Group, a grassroots organization opposed to the project, said the towns are responding to the conservancy’s alarm about threats to wildlife.

“The Grafton Select Board is putting it on their agenda to discuss at their next meeting on Nov. 2,” Barrett said. (The letter is) going out to the Public Service Department, the Windham Regional Commission, the Agency of Natural Resources, the legislators and Gov. Shumlin.”

Hutchins said he’s not opposed to wind energy, but he says safe turbine technology exists but isn’t being embraced by the industry. He also is calling for bird kill data to be collected and reported by independent third parties, so regulators and the public can know the real impact of the turbines.

Hutchins questioned why the sacrifice of millions of ecologically important birds and bats can be justified in the name of industrial wind energy, and he said birds and bats are worth billions to the U.S. economy and Vermont farming communities through their pollination and seed-spreading activity.

“The wind energy industry publicly claims to be concerned about bird and bat mortality,” he said, “but continues to build large, commercial wind energy facilities in major migratory corridors and sensitive breeding areas for birds and bats in the United States, thus placing our continent’s ecologically important wildlife at great risk.”

Industry plan to reduce deadly effects of blades may not be enough, some scientists say... END_OF_DOCUMENT_TOKEN_TO_BE_REPLACED

On 12 January 2012, at the First Scientific Congress... END_OF_DOCUMENT_TOKEN_TO_BE_REPLACED