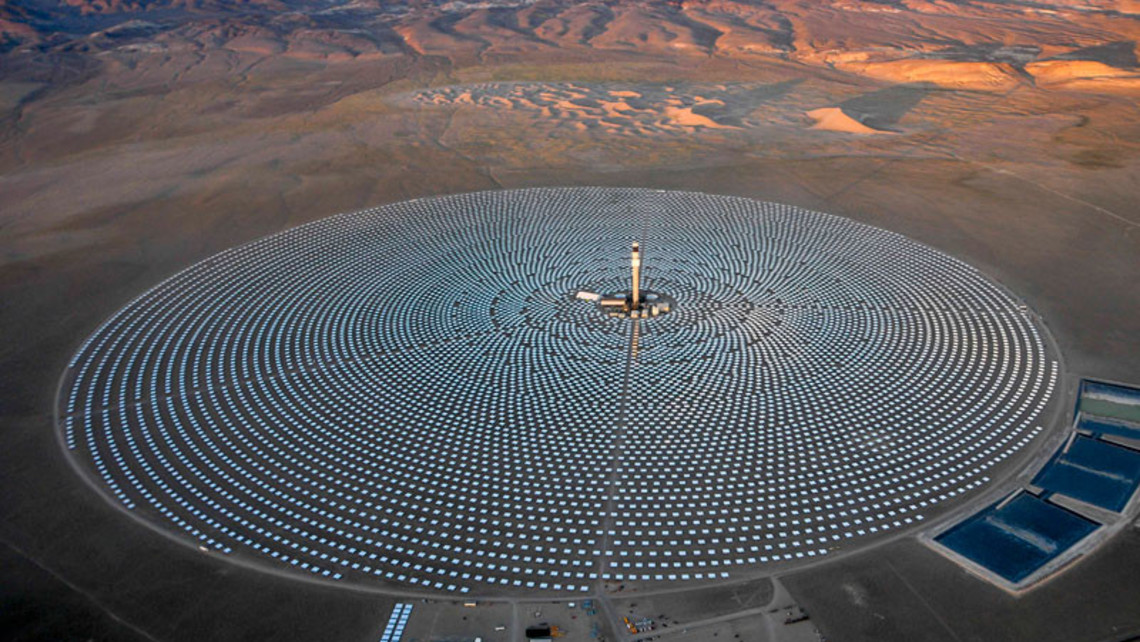 “It’s no secret that solar power is hot right now, with innovators and big name companies alike putting a great deal of time, money, and effort into improving these amazing sources of renewable energy. Still, the last thing you’d likely expect is for a new experimental array to literally light nearly 130 birds in mid-flight on fire.

And yet, that’s exactly what happened near Tonopah, Nevada last month during tests of the 110-megawatt Crescent Dunes Solar Energy Project.”

“According to Rudy Evenson, Deputy Chief of Communications for Nevada Bureau of Land Management (NBLM) in Reno, as reported by Re Wire, a third of the newly constructed plant was put into action on the morning of Jan. 14, redirecting concentrated solar energy to a point 1,200 feet above the ground.”

“Unfortunately, about two hours into the test, engineers and biologists on site started noticing “streamers” – trails of smoke and steam caused by birds flying directly into the field of solar radiation. What moisture was on them instantly vaporized, and some instantly burst into flames – at least, until they began to frantically flap away. An estimated 130 birds were injured or killed during the test.”

“Officials behind the project have refuted that claim, saying that most of the streamers are floating trash or wayward insects, but federal wildlife officials have begun calling these ‘eco-friendly’ power towers “mega traps” for wildlife.”

“US Fish and Wildlife Service officials are now waiting for a death toll for a full year of operation at the Ivanpah plant. The subsequent report may impact plans for future solar power towers in the United States.”

Recent studies have reported large numbers of bats being killed at wind farms in many parts of North... END_OF_DOCUMENT_TOKEN_TO_BE_REPLACED